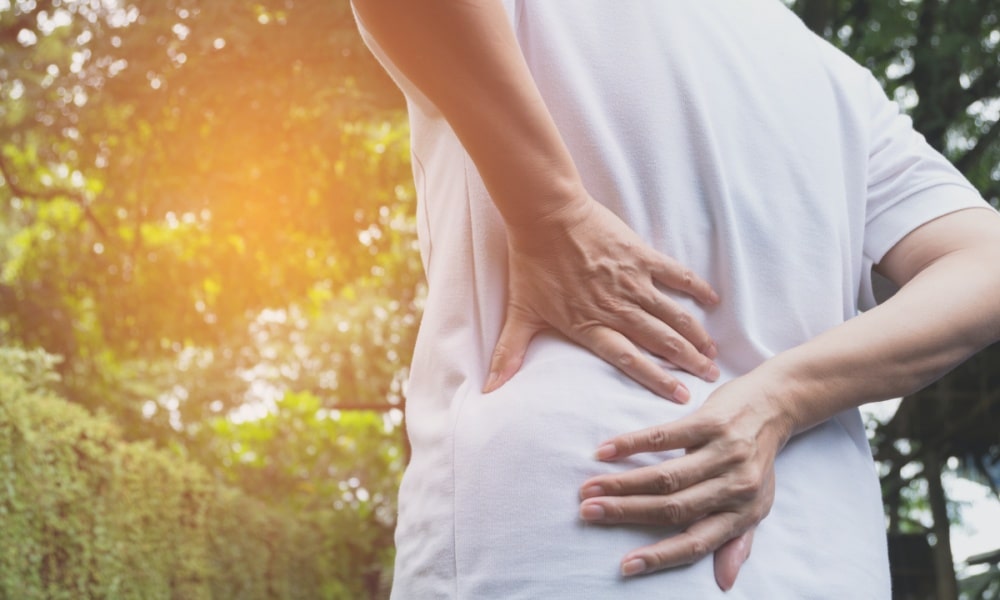 How Should Physicians and Patients Interpret Persistent Low Back Pain in the Absence of Positive MRI Findings? Is a Delayed-Emergent Disc Herniation to Blame?

A sprain/strain injury of the lumbar spine can result in delayed-emergent disc herniation via the mechanism of accelerated degenerative disc disease. The lumbar spine is supported by lumbar ligaments, tendons and muscles working together in a system that simultaneously allows mobility but also constrains it within proper anatomical limits. When these softer tissues are damaged, their functions cannot be discharged as efficiently, and the affected disc(s) then begin to wear and tear on a time frame that is conceptually accelerated from what would have otherwise happened through normal aging. Because the damage over time looks very much the same as any other form of age-related degenerative disc disease, it can easily be mistaken as being only “age-related.” The distinguishing characteristic, of course, is the presence or absence of an identifiable injury of a type that would potentially accelerate the degenerative processes and lead to a more frank, but “delayed” herniation.

Additionally, where the initial soft tissue injury involves micro tears within a disc’s annulus, the nucleus pulposus may slowly work its way through the annulus, resulting in a disc bulge that becomes evident on MRI imagery only many months after the initial injury, sometimes only subsequent to the initial use of advanced imagery. The more prominent the bulge grows, the more likely it is to be recognized by physicians as a frank “herniation” that can then be properly described as “delayed-emergent.”

Thus, in the beginning of a long-term back injury, the patient may sometimes experience symptoms such as pain and subsequently undergo an MRI, but the initial MRI findings may appear quite benign, meaning non-explanatory. Conservative treatment is recommended as the applicable medical standard of care in this scenario, but where that care fails to resolve the sprain/strain symptoms within a reasonable time, the diligent practitioner must continue to investigate. If repeat imagery a year or more after the initial injury shows disc herniation, it is medically-reasonable to attribute the herniation to the original injury, especially where there is no intervening injury.

How Can Washington Law Center Help?

At Washington Law Center, one of our clients recently faced litigation against the state of Washington in our Labor & Industries (workers’ compensation) system involving a question of delayed-emergent disc herniation. After hearing testimony from four medical experts, the Board of Industrial Insurance Appeals credited the testimony of the doctors testifying for the injured worker in favor of finding causal relationship of two delayed-emergent disc herniations. The redacted decision appears here.

This case of delayed-emergent disc herniation was successfully litigated by Spencer D. Parr, Esq. Co-Founder of Washington Law Center. If you have unexplained continuing low back pain in the absence of confirmatory advanced imagery, your case is not dissimilar to those we see quite routinely in our legal practice. You are not alone. If your case involves an established low back injury with delayed-emergent herniation, please consult the experienced attorneys of Washington Law Center today.