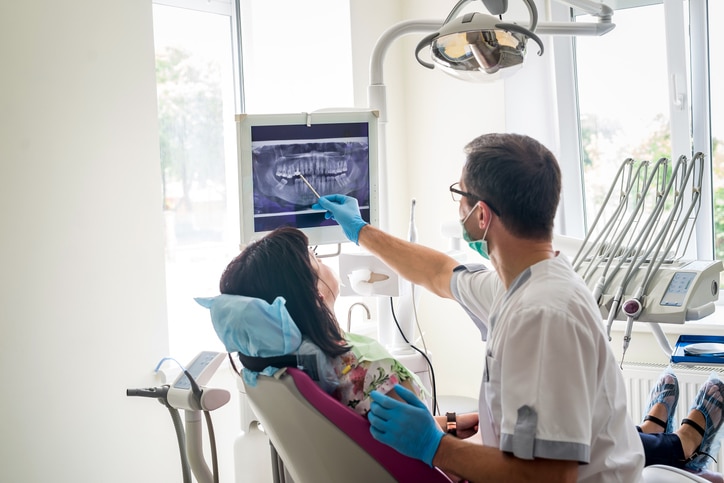 Attorneys Spencer D. Parr and Aaron VanderPol of Washington Law Center recently co-litigated and won an important victory on behalf of all Washington’s injured workers.  The case of Robert B. Jones emphatically now answers the question of whether dental implants may be authorized as proper and necessary medical care under Washington’s Industrial Insurance Act.  The answer to that question is clearly “yes,” as long as the dental implants are the appropriate standard of care for the individual whose case is under consideration. You may read the resulting, unanimous, Board of Industrial Insurance Appeals decision here, in context with the following analysis

Here is a direct link to the decision: Robert B Jones Decision

Authorization of dental care, in whatever form, proceeds under Washington’s Industrial Insurance Act under the same rules that concern any other form of medical treatment authorization.  The legal authorities that apply are as follows:

RCW 51.36.010(1) provides that injured workers are entitled to “high quality medical treatment,” including that which follows accepted standards of care.  The injured worker is entitled to “proper and necessary medical and surgical services,” generally as delivered by the medical care provider of the injured worker’s own choice, pursuant to RCW 51.36.010(2)(a).  Of course, to be reimbursed, the provider must also apply to be approved by the Department of Labor & Industries and agree contractually to accept the Department’s reimbursement rates.

WAC 296-20-01002 defines “proper and necessary” medical care as those involving either diagnostic or treatment services for a condition related to the injured worker’s industrial injury or occupational disease.  The services must be “reflective of accepted standards of good practice” and “within the scope of practice of the provider’s license or certification.”  Treatment services must either be “curative” or “rehabilitative,” where “curative treatment produces [long-term] changes which eliminate or lessen the clinical effects [or extent of disability] caused by the industrially-related condition.  “Rehabilitative” treatment is that which “allows the injured worker to regain functional activity in the presence of an interfering [industrially-related] condition.” Injured workers are entitled only to “proper and necessary” medical and dental care.

Treatment for claim-related conditions is not compensated once the injured worker reaches “Maximum Medical Improvement,” which is defined as the point in time after which “no fundamental or marked change in [the industrially-related] condition can be expected, with or without treatment.”  MMI “may be present though there may be fluctuations in levels of pain and function.” MMI may also exist where the industrially-related condition “might be expected to improve or deteriorate with the passage of time.” MMI is therefore “equivalent” with the term “fixed and stable.” Accordingly, in any request for medical or dental diagnostic tests or treatment, the provider’s request for authorization should specify that the injured worker is not yet to be considered at MMI until after the appropriate diagnostics or rehabilitative services are performed.  Taking close care with this technicality can help speed authorizations.

No service presenting “hazards in excess of the expected medical benefits” may be “considered proper and necessary.”  Experimental, investigational, obsolete, or controversial services generally require pre-authorization by the Department pursuant to WAC 296-20-03002(6), and requests for same should be submitted in writing containing a “description of the treatment,” a “reason for the request,” and a full explanation of the “benefits and results expected.”  Pursuant to WAC 296-20-02850(2), the health care provider’s written request should also describe both the risks and “length of care and estimated cost of treatment” associated with the request. Under these conditions, the Department of Labor & Industries may then “determine that such treatment is appropriate” pursuant to WAC 296-20-02850(1).  Any such determination also remains appealable to the Board of Industrial Insurance Appeals and higher courts. In other words, the mere fact that a proposed medical treatment involves some level of controversy does not automatically remove that proposed treatment from the universe of what may still be judicially determined as “proper and necessary” in a given case.

Washington’s Pattern Jury Instruction 155.25 (“Injury to Particular Worker”) includes a comment that “the Industrial Insurance Act takes the worker as one finds him or her, and bears responsibility for the manner and degree in which any industrial injury or occupational disease manifests itself on that individual (emphasis added).  Cases cited include Groff v. Dep’t of Labor & Indus., 65 Wn.2d 35, 44, 395 P.2d 633 (1964) (“industry takes the workman as he is”); Kallos v. Dep’t of Labor & Indus., 46 Wn.2d 26, 278 P.2d 393 (1955) (“benefits are not limited to those in perfect health”); and Miller v. Dep’t of Labor & Indus., 200 Wash. 674, 94 P.2d 764 (1939) (when injury lights up a pre-existing infirmity, whether due to congenital weakness or previous injury or illness, the resulting disability is to be “attributed to the injury, and not to the preexisting condition.”).  The Washington State Supreme Court has also held, in Murray v. Dep’t of Labor & Indus., Cause No. 95251-5 (Dec. 6, 2018) that blanket use of medical treatment guidelines to determine coverage eligibility for given procedures is disallowed; agency-propagated utilization guidelines may remain an important consideration, but ultimately, coverage determinations must be individualized to the particular injured worker and remain subject to judicial appeal.

In re Robert B. Jones.  (cite as In re Robert B. Jones, Dckt. 18 17363 (2019).
Mr. Jones is an injured worker who suffered the loss of five of his teeth causally-related to his industrial injury of February 12, 2013.  The Department of Labor and Industries delayed restorative dental care for an extended period of time while arguing that Mr. Jones should not be allowed to receive dental implants and should instead accept less expensive cast partial dentures.  Accepting the dentures would also require Mr. Jones to remove some of his remaining teeth, which he was absolutely not willing to do.

The Department also took the position that it would not authorize payment for even the cast partial denture work its Assistant Medical Director was pushing as the most appropriate treatment for Mr. Jones unless Mr. Jones first paid out of his own pocket for the cost of the preparatory work, extracting his natural teeth.  This is a relatively common position for the Department to take, and its adjudicators and other agents have told Washington Law Center on multiple occasions that the reason the Department takes this position is that it doesn’t want to be responsible for any permanent partial disability, dental malpractice, or other complication that may result from the collateral dental care.  This repeating position of the Department is administrative effort to avoid incurring costs under the compensable consequences doctrine, but that position is abusive because every cost the Department avoids is also a cost the injured worker must bear. Washington Law Center appealed.

In the resulting action before the Board of Industrial Insurance Appeals, treating and well-respected dentist, Theresa Ma, DDS provided compelling testimony that dental implants were the highest quality option available to Mr. Jones, and that he was also an appropriate candidate, although so much time had by then gone by since her evaluation, Dr. Ma stated that Mr. Jones would need to be evaluated again just to make sure her opinion remains unchanged.

Department IME dentist, Tar C. Aw, DDS (who was called at trial by Mr. Jones) provided middle ground testimony that both implants and dentures would technically be appropriate and high quality dental restorations for Mr. Jones, although various additional preparatory procedures would also have to be done with respect to either dental treatment option.  For example, bone grafting with the implants and extractions of existing teeth with the dentures.

Robert B. O’Neil, DDS, a consultant Assistant Medical Director to the Department of Labor & Industries gave disappointing and judgmental testimony, without ever having examined Mr. Jones personally, asserting that Mr. Jones and other injured workers who don’t have as much financial flexibility as others, just like welfare recipients under Washington’s collateral Appel healthcare program, can live just fine with the less involved and costly treatment option of dentures.  Dr. O’Neil then inappropriately profiled Mr. Jones as a man who had not had adequate finances, follow-up dental care in the past, or demonstrated sufficient oral hygiene habits that he should be authorized implants at present. Dr. O’Neil also speculated that if Mr. Jones were ever in a further accident after implants have been placed, such as if he fell directly onto those implants, he would run the risk of breaking his jaw due to the strength of the titanium screws that would be used as the implant base.

The Industrial Appeals Judge sided with Dr. O’Neil.  This illustrates the fact that claims managers, judges, the Board of Industrial Insurance Appeals, and even the higher courts sometimes make mistakes or view evidence differently than the litigants wish.  Washington Law Center therefore petitioned for review to the full Board of Industrial Insurance Appeals, whose members thankfully agreed to reconsider the case. Of note, the full Board is awash in so many appeals each year that it cannot and does not reconsider every case.  It is a small minority of cases for which it accepts the petition of a party to reconsider (other cases must then be appealed to the Superior Court).

The full Board reconsidered and unanimously reversed the Department and its own Industrial Appeals Judge.  The full Board held that there is more than one “proper and necessary” treatment option available to Mr. Jones, in consultation with his treating physician.  The full Board further held that injured workers cannot be denied proper and necessary medical treatment based upon either socioeconomic considerations drawn from the worker’s past, or upon other speculation-based considerations of no meaningful relevance, such as by denying care predicated upon unquantified risks of re-injury due to accidents which could happen in the future.

Key Legal Principles from In re Robert B. Jones:

If proper and necessary treatment is being denied to you in your L&I case, of if you are a dentist or other medical provider who can’t get the Department to approve the care you are recommending on behalf of an injured worker, please call Washington Law Center for a free consultation.  We can likely help.

This blog post was written by Washington Law Center Partner, Spencer Parr. If you have any further questions about dental implants for injured workers, do not hesitate to reach out to Attorney Spencer Parr for more information.